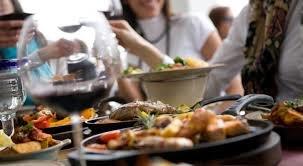 UK diners could spend an estimated £54.7bn on eating out by 2017, a new study has claimed.

The UK’s restaurant sector is booming, with Britons spending a total of £52.2bn eating out in 2015.

But NPD Group predicts this figure will climb to £53.3bn in 2016 with diners making 11.4bn visits to foodservice companies.

NPD said it expected the UEFA Euro Champsionship and the Rio Olympics to provide a boost to the eating out market later this year.

By 2017 Britons are forecast to spend an estimated £54.7bn on eating out, making 11.5bn visits to restaurants, pubs and other out-of-home food companies.

Cyril Lavenant, NPD’s Director of Foodservice for the UK, said: “It’s good to see that there was a bigger improvement in 2015 than anticipated, with the actual performance of 1.3 per cent visit growth against our prediction of 1.1 per cent.

“However, while 2017 will also see growth, it is likely that the pace will slow down. We do not see consumers increasing their spending in the foodservice sector any faster than this.”

While the casual dining market is continuing to grow NPD said it would take until 2017 to hit the £5bn sales mark, compared to the £4.7bn sales seen in 2015.

The company said the slower rate of spend growth is due to casual dining reaching saturation point in the London market, with the capital accounting for 20 per cent of overall British foodservice industry spend.